Without question, one of the most popular JRPGs and hardly any gamer has completely avoided the hype. With 15 original game titles, over a dozen books and even some film adaptations, as well as pieces of music specifically for or based on the series, Final Fantasy is not only one of the best-known, but also one of the best-selling video games of all time. Now the publisher Square Enix has decided to reissue one of the most popular parts. Find out what you can expect from the Final Fantasy VII Remake and what you need to know before playing here! 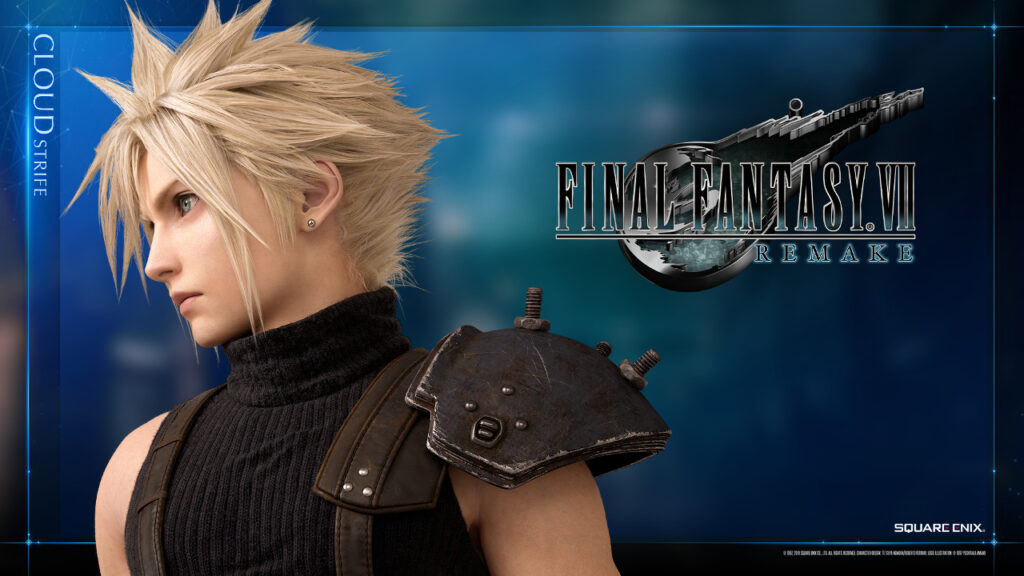 Final Fantasy – a success story straight out of a fairy tale

Did you know that the original Final Fantasy part, which appeared in 1987 for the NES, was actually supposed to be the last release from the game developer Square? In fact, that’s where the “final” comes in the title. But what began as a parting gift quickly became the studio’s savior and so a series was created that still inspires millions of players around the world.

The origins of a legend

After Masafumi Miyamoto and Hironobu Sakaguchi, the founders of Square, saw no way out, they apparently thought that now was the right time to break all the rules . They wanted to develop an RPG that has never been seen before. Four heroes should control the players, who go through an open, gloomy world and experience adventures to ultimately save the earth.

Anyone who knows the background of the development will soon notice the depressive mood that overshadows the game and somehow gives it its unique flair at the same time . Ruins shape the landscape and in more than one situation you as a player have the feeling that there is no way out.

While the producers were already in the process of clearing the studios and looking for new jobs after the release – Sakaguchi wanted to start studying again at the university – the positive reviews rolled over. Suddenly things were looking up, and Square saved a whole new RPG series saw the light of day. But the original game was designed in such a way that it was impossible to continue. Without further ado, the pattern emerged that still characterizes the Final Fantasy Games today: New heroes always face new adventures with ever new game mechanics.

Case Modding For Beginners | What Is Actually Possible?

In 1994 and 1997 Square celebrated further, at the time almost unimaginable successes with the classics Final Fantasy VI and Final Fantasy VII. For the first time, the player no longer finds himself in a medieval world, but in a post-apocalyptic world with a steampunk look.

The characters are also more versatile than ever. Sometimes you control a thief who sneaks up very quietly, sometimes a martial arts artist who only fights with his bare hands. The background stories are told in detail and cast a spell over gamers all over the world.

But not only that: For the first time, the developers also received praise for the unique soundtrack . The composer Nobuo Uematsu had his hands in the game and worked out memorable, catchy tunes for the players for days. Even today, the two popular titles are celebrated and played with as true fan favorites, which is why a remake was probably not too far-fetched.

In the 10th part of the series , Square said goodbye to the steampunk world and moved on to cyperpunk. Metal structures and futuristic inventions shaped the gaming experience and referred to the series’ dark roots. But the company could not celebrate a real success again, so in 2003 Square united with its biggest Japanese competitor Enix. Together, the companies also managed to establish themselves in the western world.

The release of the two MMOs Final Fantasy XI and XIV was definitely decisive for this success . Finally the players could play together online. But at the same time one of the characteristics that had made the games so popular suffered: Suddenly, you were constantly only controlling one character. But the characters of other gamers came to the rescue in boss fights – a style that seemed to please, because even today, especially Final Fantasy 14, is experiencing an enormous increase in players.

The first rumors of a Final Fantasy VII remake surfaced as early as 2014. But it wasn’t until E3 (Electronic Entertainment Expo) 2015 that Square Enix made the announcement official. The reactions were mixed: some could hardly wait, the game was a true classic, while others were afraid of all the details that could be lost in the new edition.

The original FF7 appeared in 1997, more than 20 years ago . It is the first in the popular series of games to use 3D graphics. Specifically, this means that the game characters moved in front of a pre-rendered background. But what is now ridiculed as a simple production was the first cornerstone for the modern designs of the JRPG.

The story of the new edition

While the game designers have changed some of the graphics, the story remains fundamentally the same : The player will also control the former Shinra soldier Cloud Strife in the Final Fantasy 7 Remake. He has teamed up with the AVALANCHE eco-activist group to fight his former employer.

Reason: The Shinra organization won its money by unfair means. They withdraw all of its life energy from the (invented) planet in order to make a profit. In the long run, however, this process would mean the end of all life. So, together with Tifa, Aerith, Barret and Sephiroth, Cloud takes on the fight – you can of course switch between the characters as usual.

In the remake, the optics will look a little different than the original, because Square Enix naturally uses high-end technology here . A completely new gaming experience is offered graphically because that is the difference between the remastered and remake versions. Here you dive into new, previously unknown worlds, get to know a new Kapf system and can look forward to many new (but also old) acquaintances.

In the new Final Fantasy VII you can look forward to a real-time combat system in which you will also be able to use magical items during the fight scenes. The development studio has also confirmed that some of the popular minigames will also be reissued – which, unfortunately, we will only see when we play.

It is typical for the old Final Fantasy versions that the characters communicate exclusively in Japanese. That can quickly become exhausting for the German player. Because it means constantly reading the subtitles in order to really understand the context.

In the Final Fantasy VII Remake, however, Square Enix relied on full synchronization . In addition to Japanese, the game will also support the following languages: German, English, Spanish, French, Italian and Portuguese.

The release date was originally announced for March 3, 2020. However, Square Enix announced in January 2020 that the release would be postponed by one month to April 10, 2020 . According to Yoshinori Kitase, one of the game producers, the reason for this decision is that you need a little more time to fine-tune the game.

However, this date only applies to all PS4 players, because PC gamers and Xbox fans will have to wait another year . However, it is already clear that the game will definitely be released in individual episodes – how many is not yet known.

Even if it will take a while before the PC version of the FF7 Remake finally appears, there is already some information on the minimum requirements . So that you can prepare yourself extensively and in good time for the release and then not be surprised with lags and pixel mud, we have summarized the system requirements (as of the end of January 2020) here.

After the one year of Sony exclusivity has expired, you may need to upgrade your computer, because the new JRPG is not completely undemanding. You should have at least an Intel Core i5-2500K 3.3GHz or an AMD FX-8320 installed as a processor. However, for the full gaming experience, an Intel Core i7-6700K 4-core 4.0 GHz or AMD Ryzen R5 1600 is recommended.

As a graphics card, you should at least use a GeForce GTX 960 (2GB) or the Radeon equivalent R9 380. However, for the ultimate setting, an Nvidia GeForce GTX 1070 or an AMD Radeon RX Vega 56 (8GB) is required. Your RAM is best between 8 to 16 GB and you should definitely get DirectX 11 up and running. You can also expect the FF7 to take up around 50 GB of your hard drive.