Whether CS: GO, PUBG, Fortnite or LoL : You inevitably need a mouse for all of these games. It should not only be comfortable to hold , it should also react quickly and, ideally, have a few additional buttons. But which is actually the best gaming mouse? We’ll tell you here what it should be able to do and what you have to pay attention to! 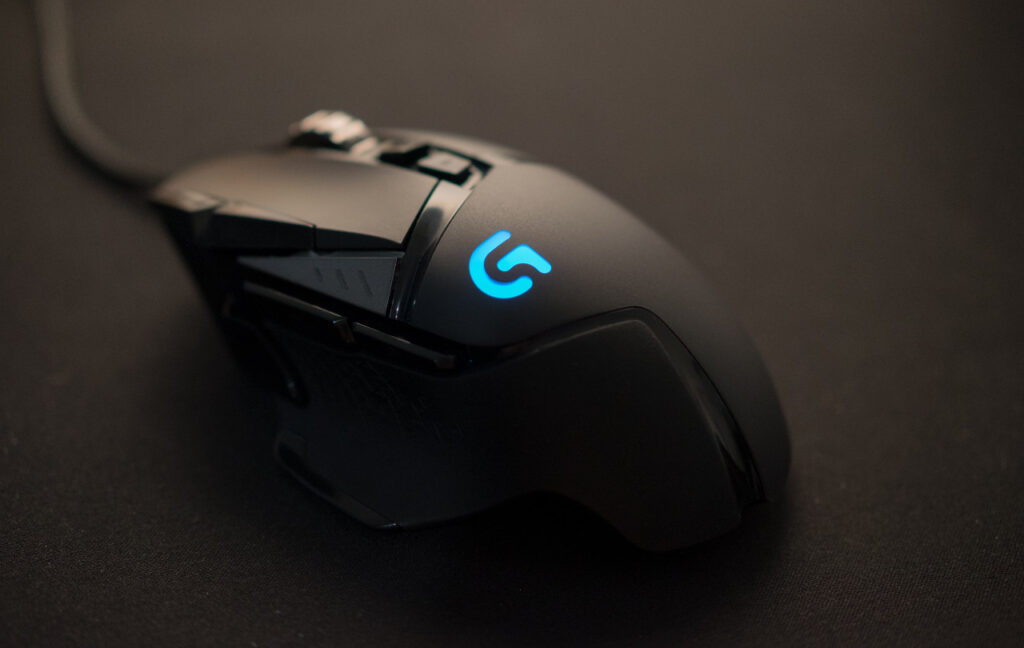 The best gaming mouse: that’s what sets it apart

Before we go into more detail, we would like to briefly summarize what actually characterizes a good gaming mouse . In some points it differs significantly from the conventional office mouse.

However, in terms of their basic functions, they are initially the same: As a rule, they have two horizontally arranged buttons with which you can operate various PC applications. There is usually a mouse wheel between these. They come either wired or wireless. But that’s about the similarities. We have briefly listed the differences:

Gaming mouse: what to look for?

We have just listed the rough factors that you should consider when buying a gaming mouse – these are exactly those that distinguish it from a conventional office version . But before we dive deeper into the subject, one thing first: There is no such thing as one, the best gaming mouse for everyone.

The choice always depends on your individual needs and preferences . The genres you play will also play a role in the decision. A shooter player often has different requirements than someone who likes to play MMO RPGs. There are even differences between the individual games. We can only give you a little guide to help you make a decision.

The most important point is of course your health . Anyone looking for a gaming mouse will likely have a good time of the day in front of the PC. In addition, you usually have the mouse in your hand for significantly longer periods of time when gaming than in normal office use – here a large part of the input is also made via the keyboard.

So it is all the more important that the gaming mouse is gentle on your wrist . Unfortunately, a conventional variant very often ensures that the area is severely kinked. This posture can cause a pain syndrome, which can run through the hand up to the shoulder. It is accordingly important to prevent this.

While there are now some office mice that pay particular attention to ergonomic factors (especially those that arrange the keys vertically), these are usually completely unsuitable for gaming. The best thing to do here is to use a mouse that feels good in your hand. There are special models for small and large hands as well as for left and right-handers that are precisely tailored to their needs.

A matter of milliseconds

Response time is often crucial, especially when gaming . If you see your opponent and can press the trigger a few milliseconds earlier, it must of course react accordingly quickly so that you ultimately emerge as the winner. There are several factors that determine this mouse-to-game transfer speed.

Gaming mouse with or without a cable?

It can make a huge difference to professional gamers whether a mouse is wireless or wired. Because it is unfortunately still the case that the wireless models are a few milliseconds slower than their wired siblings. For the casual gamer, however, that seldom makes the decisive difference.

However, it also has one major disadvantage: it has to be charged . If the battery runs out in the middle of a game and the mouse stops responding, it’s just incredibly annoying. There may also be more problems between the drivers – a wireless mouse must always be installed, while most other models are plug-and-play. The fact is that many gamers prefer a wired mouse, but this is by no means necessary!

Between laser and infrared: sensors

The sensor is the heart of every mouse . He feels exactly where it is on the ground and how you move it. In the meantime, two types of sensors have established themselves which are equally suitable for gaming: laser and infrared sensors (also called optical sensors).

A few years ago the use of both variants was highly controversial, but experts have since determined that there is no significant difference in transmission. However, a laser mouse can be used on all surfaces without any problems. The optical variant works best on a mouse pad. In addition, the laser is usually more energy efficient and often more precise, but such statements cannot be 100% generalized.

DPI and CPI: a matter of taste

Manufacturers often advertise with particularly high DPI (dots per inch) or CPI (counts per inch) values . These basically state how fast the mouse pointer can move across the screen. A mouse with a DPI of 1000 will move 2.54 cm over the image per second.

However, the best gaming mouse is not the one with the highest DPI value. On the contrary, a high DPI is in most games ineffective . You will never need more than 2000 dots per inch when playing. Much more important when gambling – especially if you want to play different games – is that you can change the value quickly and easily. This is usually possible using buttons behind the mouse wheel or on the side.

From hand into play: polling rate

The polling rate is often more decisive for gamers than the DPI. In broad terms, this value indicates how quickly the mouse transmits input to the driver and thus also to the game. A higher polling rate means that the driver asks more often where your mouse is and what you are doing with it. Conversely, this means that mice with higher values ​​in this range react faster .

The best gaming mouse for most gamers has a polling rate between 500 and 1000 Hz. A lower value can cause stuttering and limit the response time. However, if you decide on a high polling rate, make sure to check whether the drivers also support it – you can usually find good reviews online.

The best gaming mouse comes with a few additional buttons. You often need these for additional actions in the game . As a rule, these keys can be assigned so-called macros. You can either set this directly in the mouse software or program it in the game.

This is particularly useful if, for example, you want to quickly peak around the corner, want to throw a grenade or want to use a special skill in MMO RPG. However, too many buttons can quickly become confusing . For casual gamers, we recommend 2 to 4 additional ones.

By the way: In many cases, the mouse wheel can also be used as an additional button. In some cases, you can even assign three actions to it: By pressing on it and pressing left and right, various skills are triggered.

A gaming mouse can have a few other features. These are sometimes more, sometimes less useful when gaming. We have summarized them here for you. The decision as to whether you need this is entirely up to you and depends primarily on the games you want to play.

Contents hide
1 The best gaming mouse: that’s what sets it apart
2 Gaming mouse: what to look for?
3 Comfortable for several hours: ergonomics
4 A matter of milliseconds
4.1 Gaming mouse with or without a cable?
4.2 Between laser and infrared: sensors
4.3 DPI and CPI: a matter of taste
4.4 From hand into play: polling rate
5 Interact, activate defense, crouch: additional keys
6 More (more or less) useful features