During the confinement by covid-19, all Internet users observed a “war” between two of the best and most famous social networks of the moment: TikTok and Instagram . With almost 700 million users, the first has fought against the second, which currently has a little more than 1,200 million people registered on its platform.

Short TikTok videos revolutionized the way people could socialize with recordings on the internet, making the idea quite attractive to Instagram and its financial interests. For this reason, in August 2020, the Facebook subsidiary launched its own “copy of TikTok”; a tool called ‘ Reels ‘ that its developers considered as “a new way to create and discover short and funny videos on Instagram”. 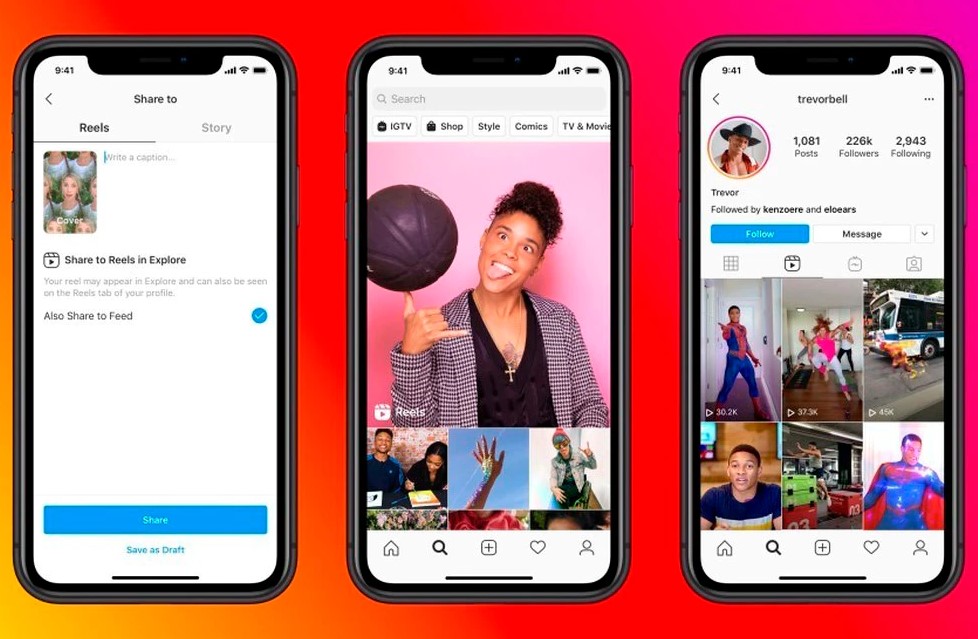 Now, with the passage of time, TikTok was gaining more and more followers, and although the idea of ​​the Reels has meant Instagram a consolidation in its popularity, it has not been the success that everyone expected. Consequently, Instagram has already started planning new strategies that allow it to take the lead in this competition, even if this means continuing to capture ideas from its most direct competitor.

According to the director of Instagram, Adam Mosseri , his application should no longer be known in the world as a “photo sharing app”. In recent months, they have focused on generating other types of tools based on creating videos.

Faced with this reality, Mosseri announced that in recent months they have been working on the inclusion of in-feed videos, which, according to Google’s support, function as ads “with video-only creatives that appear in social media feeds without resources or additional style adjustments for native video ads. “

Likewise, the Instagram executive said that internally they are looking to implement other types of changes in the interface of, for example, the ‘Reels’, since the company’s desire is “to lean on that trend.” For this reason, he also spoke of the foray into “full-screen, immersive, entertaining videos for mobile devices first.”

Finally, Mosseri reported that this type of change will have a series of tests that could take between six and twelve months, in which Instagram promises to be very transparent and to count step by step what is being achieved.

Three Tricks To Configure Alexa Voice Access To Your Liking

Now, suppose Instagram is thinking of improving several of its video interfaces. In that case, TikTok is not far behind and has also planned what will be one of the most important changes to its platform: longer videos.

“Creative expression brings people together. It is the way we connect with our communities. It is the way we entertain, educate, inform and inspire each other (…) This is also why we have focused on providing our community with a variety of tools to help unleash their creativity: videos longer are now one more tool that people can use to captivate the community with their creative expression, ”explained Drew Kirchhoff, product manager for TikTok, adding that now the videos will be up to 180 seconds or three minutes long.

“Some of you may have already come across a longer video on TikTok; We have let creators around the world experiment with the expanded format “, added Kirchhoff, ensuring that as soon as this change is ready, the application will notify each and every one of its users so that they can make use of this new” tool creative ”.