If you want to get more performance out of your own gaming computer , then you’ve probably stumbled across so-called water cooling. Again and again you hear that this is the ultimate option to protect the graphics card and CPU from overheating. But what is really true about these statements? We compare the advantages and disadvantages of a PC water cooling and explain whether it is suitable for you! 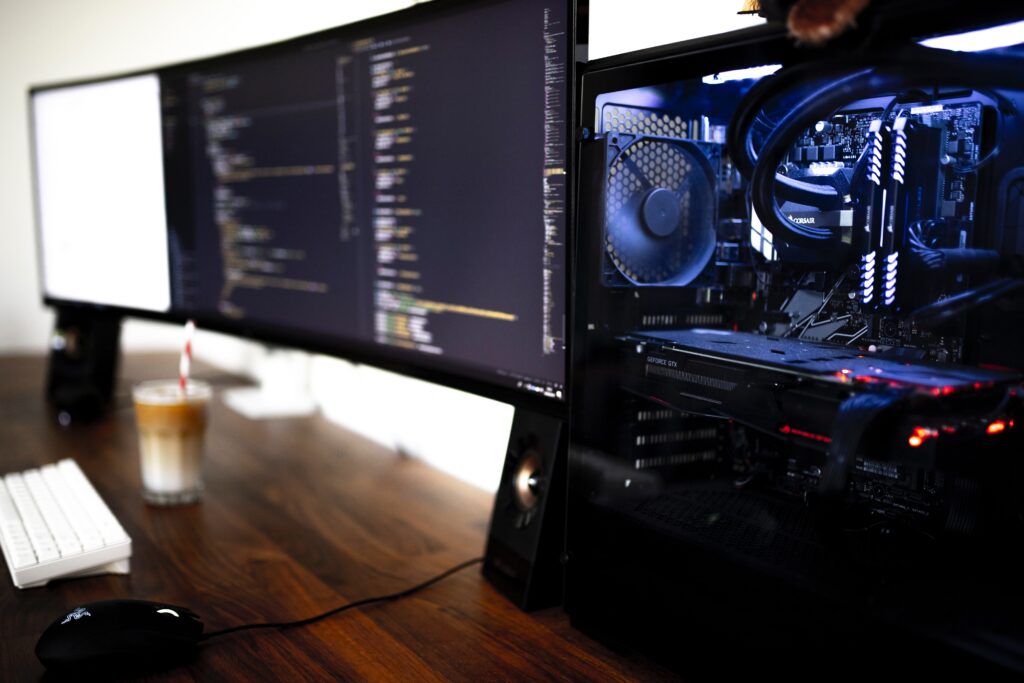 The basics: This is how water cooling works

Basically, the PC water cooling should ensure a more efficient heat exchange between the CPU, GPU, and environment. Particularly in high-performance computers, as is often the case with gaming PCs today, the individual components heat up strongly under load. Part of the electrical energy is released as thermal energy. If this is not removed quickly enough, the hardware can be damaged.

Final Fantasy Vii Remake | This Is What Awaits You

The problems of conventional air cooling

Air cooling has been built into most PCs for a long time. And it is still very popular today. But it brings with it some problems that quickly explain the need for alternatives . Basically, this variant works with fins, which transfer the heat to a conventional fan. This then distributes the hot air to the environment.

The biggest problem with this is that the modern PC almost always sits in a confined housing . This also means that the heat emitted remains in the computer and continues to help heat the various components. Additional fans are therefore required, which then convey the heat out of the housing. However, these are also severely limited in their size and can therefore never provide 100% cooling capacity.

This is how PC water cooling differs

The big difference between water cooling and air cooling lies in the spatial separation between the heat absorption and its release in the case of the former. Because here it is so that a heat sink is attached to the component connected to a water circuit. The liquid absorbs the heat and transports it away.

A pump is used to bring the water to the radiator (also known as the heat exchanger ). This is usually located in the air space of the housing, for example in the front, in the lid or even completely outside. There are fins in the radiator that cool the water down again. In contrast to air cooling, these cooling plates are much larger because they do not have to take any other components into account due to their placement in the free space. In this way, the liquid can be cooled down more efficiently and fed back into the cycle.

Nevertheless, the name of PC water cooling is actually misleading, because basically it is not the water that directly cools. This is, so to speak, only the means of transport for the heat. On the other hand, classic fans are also attached to the radiator itself , which release excess heat. However, the whole thing is usually much more effective here, as the hot air is usually released directly to the outside and not back into the limited space.

When does water cooling make sense?

Before you decide on water cooling, you should absolutely be sure that it makes sense. Because it is quite the case that you can easily spend more than 100 euros on such a system . A typical, powerful fan, on the other hand, is only around half of this price range. In the meantime, there are also models that can keep up with inexpensive water cooling.

The main advantage of water cooling is that it offers greater efficiency . The difference is particularly clear with external systems. In addition, the PC water cooling is usually noticeably quieter than the pure fan version. You will hardly notice the difference in the office computer. However, if your PC often runs in the high-performance range, you can provide additional protection against overheating.

Especially when you notice that your computer is often slowing down due to thermal throttling ( i.e., the CPU or GPU performance is reduced to prevent overheating), water cooling can be very useful. This then ensures that your graphics card and / or your processor stays cool longer. So you can enjoy a smoother gaming experience.

Water cooling: when to change the water?

Have you decided on PC water cooling? Then there are still a few things to consider after the purchase, because just as dust must be removed from the fan, the water cooling should also be cleaned from time to time. As a rule, however, it is not actually necessary to replace the water. However, you should check carefully whether dust has deposited in it or whether algae have formed after a longer standstill.

If this is the case, you can rinse the individual components (especially the hoses) once with distilled water and clean them in this way. To prevent this, it also makes sense to use special liquids for water cooling. For example, distilled water with a little cooling liquid has proven to be very resistant. If you follow these tips, you will most likely never get embarrassed about having to change the water.